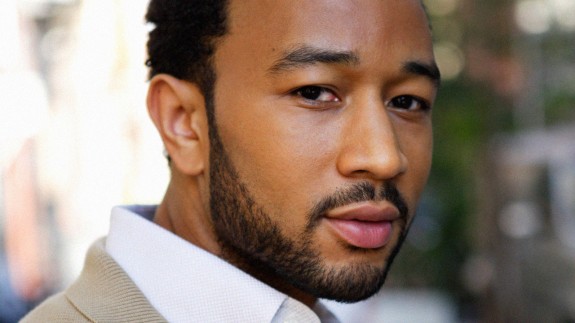 John Legend has voiced his opinions that the X Factor should be very “interesting” to watch now that Britney Spears and Demi Lovato are going to be on the show, judging hopefuls who want to land a record deal. Legend who recently signed on to mentor the acts on the upcoming show, Duets on ABC doesn’t think much of the announcement that was made on Monday, adding that he doesn’t think either of them can actually sing.

“You know, it’s interesting. It should be very interesting. I don’t have much to say. It’s interesting when people you know… are judging singing competitions when they aren’t really singers. It’s interesting.” Seeing by the amount of times he uses “interesting”, it’s clear he’s not happy about the news Brit is joining the show. Perhaps are we sensing some kind of jealousy?

Whatever the reason for his outburst, his co-mentors on the ABC show, Robin Thicke and Kelly Clarkson had much more positive things to say about Demi and Britney, saying that the former Disney stars will definitely make the show more fun to watch while Lovato will also be able to relate to the younger contestants.

Robin said: “Oh come on, everything Britney does, she excels at. Demi is a lovely young lady, and I’m sure they’ll do nothing but make the show a lot more fun to watch.”

“Obviously they are both performers so… I think that show really needs it. I don’t think everybody latched onto that show like they thought they would.”

X Factor is scheduled to air on FOX in September while the auditions are starting as early as next week. But we want to hear from you, is John being a little too rude or do you think it’s right for him to share his opinions in this kind of manner?