While Kourney Kardashian Has A Baby Shower, Scott Disick Gets Drunk & Sick 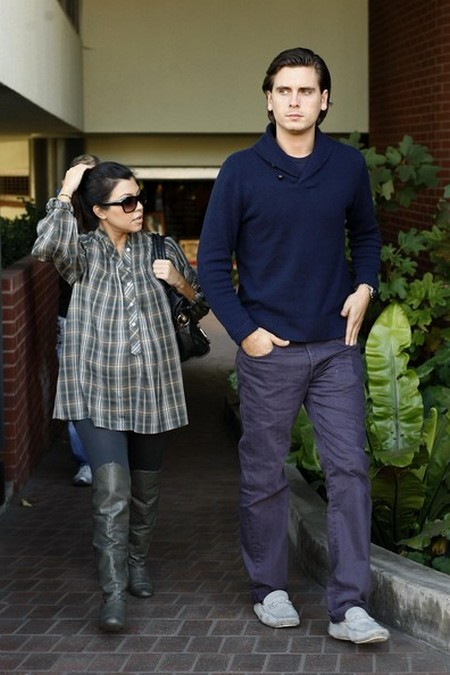 While Scott Disick’s baby-momma Kourtney Kardsahian had a classy baby shower on the west coast, Scott Disick did what he does best- screw up.  At least this time he wasn’t embarrassing the very pregnant Kardashian sister right in front of her face. This time he was safely tucked away on the east coast according to the NY Post, enjoying a hosting gig at Harrah’s Resort in Atlantic City.

The notorious partier was seen downing shots poolside from noon until 5pm. While Kourtney was opening gifts from 90 friends and family at a specially catered affair, Disick was caught vomiting in a garbage can. Apparently even a Caesar salad wasn’t enough to balance out the booze.

Have to wonder how this little weekend adventure will sit with Kourtney who recently laid down five rules that she claims to be insisting that her smarmy man follow. A refresher, if you will.

Well, from the looks of it, his weekend antics most definitely broke three rules. Do you think Kourtney will ever leave Scott once and for all? Hit the comments below!