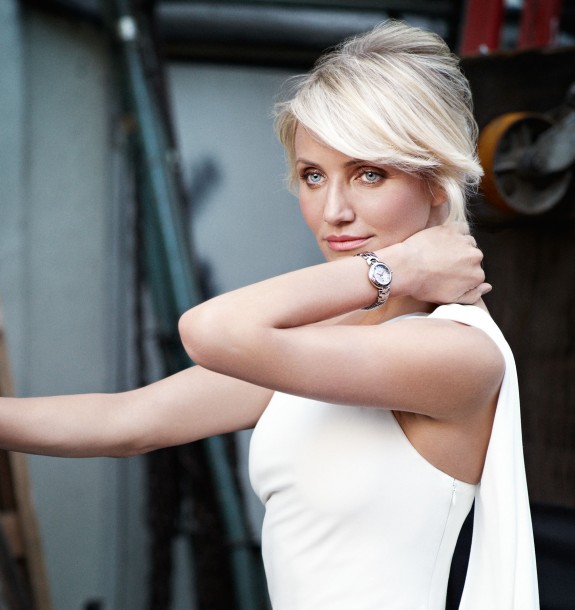 Ooh, Cameron Diaz… intimidated? It’s good to know that she can hide her feelings with those those amazing acting skills. Ha. The What To Expect When You’re Expecting star appeared on the Chelsea Lately show where the two talked about the new movie and all of a sudden, Cameron felt the need to share that she finds Chelsea Handler incredibly intimidating. Coming from the horse’s mouth, Diaz says that Handler is one of those people who would tear you into pieces if she was to get in front of her.

“I was, well, scared of you!” The actress told Chelsea. “Like, you were the type of person that I knew if I got in front of you, you would just tear me to pieces and then I would just be like, ‘Ah, how could you do that?’ I would be so fragile. I don’t know – for some reason you, of all the people on the whole entire planet, intimidated me. Like that stare right there!”

Earlier in the week, Cameron was seen on Ellen with Jennifer Lopez. The two had been said to be bickering and fighting while they were shooting their latest movie. According to tabloid magazines, the actresses couldn’t stand each other and would refuse to do scenes together because of their feud.

However, after the two girls cleared the air by the setting the record straight, it was clear that the stories were fabricated because the two seemed like the best of friends. Diaz said on Ellen: “It’s always like that. They want women to be catfighting. We live in such a misogynistic, chauvinistic [world], especially the media,” she declared. “[We’re] always spinning women against one another.”