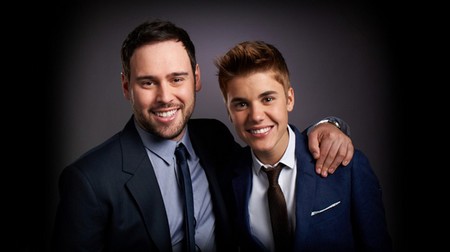 It seems that nothing more than  a nasty Twitter message is how Justin Bieber breaks up with Selena Gomez. But even weirder is that his manager, Scooter Braun, says no!  After their high profile teen idol romance lasting over a year Justin sent Selena a nasty twitter implying that he was done with her.

Next day Scooter was up there fighting for his man.  Scooter is denying that there is any problem at all between the couple.  The whole thing stinks.  Someone is lying.  Scooter is claiming that ‘hacking’ explains the tweet that made it clear that Justin broke up with Selena.

SEE: Justin Bieber Hots It Up With Jennifer Lopez

According to JBZ Justin sent a nasty twitter message:

Alot of Beliebers have been asking if Justin and Selena have broken up? to be honest we don’t know. JELENA are super busy right now! Selly is currently in Bulgaria, shooting her upcoming movie “The Getaway”, while Justin is in the US working hard and focusing on his album BELIEVE.

Just few hours ago Justin tweeted a message about moving on! “thank you for the time i had with you but i have to move on now..” but he deleted it right after.

Is it all over between Justin and Selena? What do you think?  Let us know in the comments below.