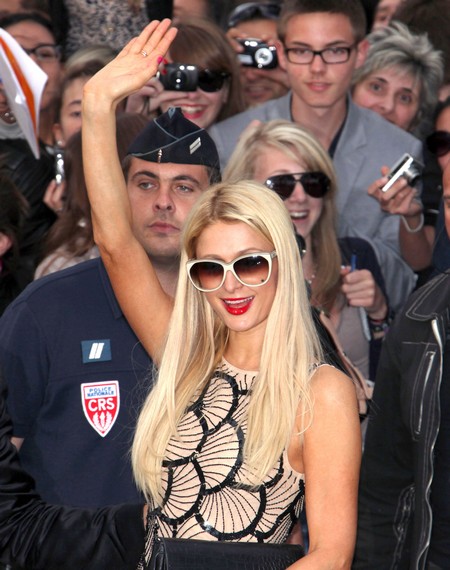 Paris tweeted about being on the show, “Getting ready to go over and shoot a live segment for Le Grand Journal at Canal + I love #France!”

Paris is currently staying with her family on a yacht docked in Cannes after flying in via private jet last Thursday.  She’s already hit several parties and events, including the Monaco Grand Prix on Sunday and last night’s World Music Awards.

Click on the thumbnails below to enlarge more pics of Paris at Cannes!