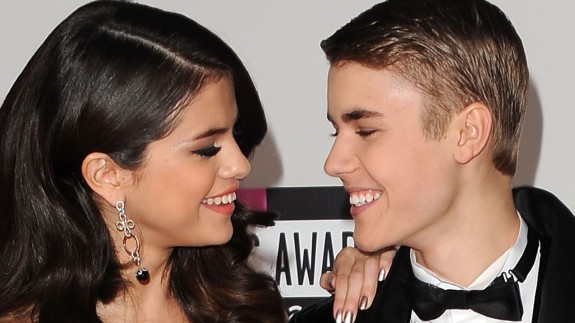 Hmm, is Justin Bieber getting a little out of hand with his comments in interviews? There’s been a lot of talk on blogs who’ve been asking themselves the same question over and over again – is Justin a good role model or not? That question is definitely debatable with the way the teen star has been behaving these last few months.

Bieber, who will drop his new album, Believe, next month did a recent interview with The Sunday Times Magazine who were a little pushy with their questions when they asked the pop star about his sex life with Selena Gomez. They even dared to ask him whether he was still a virgin or not, which was one of the first questions asked. Laughing it off, Bieber quickly asked for the “next question” to avoid any awkwardness in the room.

Justin didn’t hold back when he told the magazine the nickname his fans have given his penis on Twitter. “The fans named my penis ‘Jerry’,” he revealed. “Which is funny.” He then moved on to talk about having a clean, fresh-face: “I shave. But not often. I only grow a little moustache. It’s good to not have that much, right.”

Earlier this month, Bieber revealed the track list for his upcoming studio album, Believe, which features artists such as Big Sean, Nicki Minaj, Drake and Ludacris. So – what we got to ask now is, do you think Bieber is a good role model to younger children who look up to him? Of course, his fan base mainly consist of girls but those boys out there, looking up to him – should they feel disappointed by this?