Matthew Morrison: ‘I See Myself Becoming A Father In A Couple Of Years’ 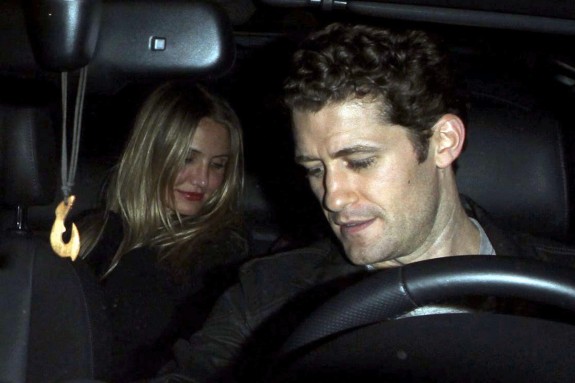 Matthew Morrison, could this mean you’d be leaving Glee? Who knows if that show will even be on in a few years time, seeing as the ratings keep declining. The actor who is starring in the new movie, What To Expect When You’re Expecting, alongside Cameron Diaz and Jennifer Lopez has told Glamour that he’s definitely planning to have children in the future and shares his experience of having delivered two babies while he was still in high school.

“I do see myself becoming a father a couple of years down the line.My dad is a midwife and I helped him deliver two babies when I was a senior in high school, so I asked him a lot of questions.” Speaking of his co-star, Cameron Diaz, he says: “She was a blast. It’s exactly what you would think of working with Cameron Diaz. She’s always smiling, always cracking jokes and she’s great to look at, too.”

Wouldn’t that just be the perfect couple? Cameron is single and hasn’t got any children of her own either, it would be a great match! Maybe these two need to exchange numbers before it’s too late. Ha. What To Expect When You’re Expecting hit theaters last Friday — have you seen it yet? If so, what did you think?!