Miley Cyrus: ‘Sex Is A Beautiful Thing, Parents Should Educate Their Kids About It’ 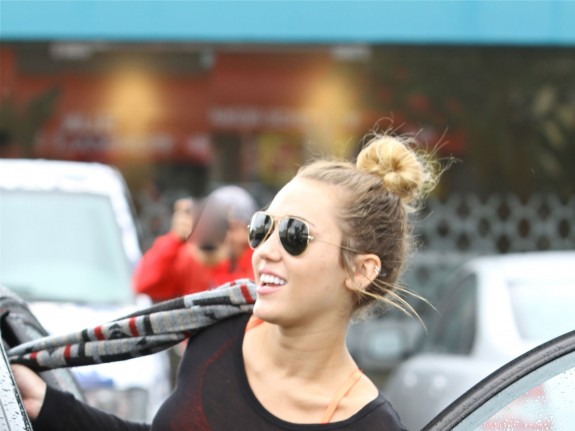 She has a point. Miley Cyrus has been making more anorexia headlines than Kim Kardashian‘s tweeting (and that’s a lot). The former Hannah Montana star has described sex as “a beautiful thing,” continuing that it’s the only way we bring new lives into the world which she refers to as being “cool.”

One thing the singer does not understand is why parents would not educate their children on such an important matter, since children already see that kind of stuff on their television, they should be told about it by their parents too, she says.

“The girls that really base how much they’re worth on the sexual favours they can do for somebody, that makes me really sad. Because sex is actually really beautiful,” Cyrus said at the The Conversation with Amanda de Cadenet.

Cyrus who has been dating Liam Hemsworth for over a year, continued: “It’s the only way we create, and it’s the only way the world keeps going. So it’s ignorant not to talk to your kids about it or [not] make it seem as magical or cool as it actually is.”

The 19-year-old left it on a high note by saying: “[Kids] have a TV, so they know what sex is. So educate them and let them know… it’s a beautiful thing, and it is magic, and it’s when you connect with somebody. And it isn’t how much you’re worth. Your worth isn’t based on that, your worth is based on how you feel about yourself.”

Earlier this week, Miley said that whenever she is told that she looks ‘sexy,’ she takes it as a compliment from whomever says it to her: “If people find that [I’m sexy], I take it as a compliment. Thank you for thinking I’m sexy! People are so scared of seeing a woman being like, ‘This is who I am and you’re not going to change it’.”