Katy Perry Admits Her Struggles: ‘My Label Wanted Me To Be Like Avril Lavigne’ 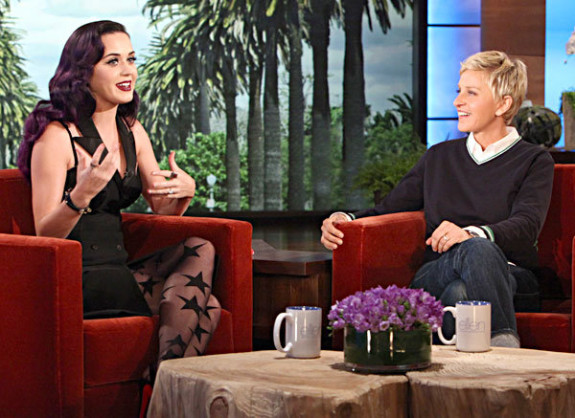 Katy Perry has never been shy on the good and the bad things that have happened in her life. The pop star – who split from husband, Russell Brand back in Novemeber – appeared on the Ellen show earlier this week to express her feelings about being dropped by her label because she wasn’t selling records at the time (gospel) while the other two record labels wanted her to be more like Kelly Clarkson or Avril Lavigne.

“There was a lot of the word ‘no’ being thrown my way and I just never accepted that,” the singer told Ellen Degeneres. “You know overcoming everybody saying, ‘It’s not going to work’, because a lot of people wanted me to be like someone – whether that was a Kelly Clarkson or an Avril Lavigne – and I was like, ‘I want to be Katy Perry first’, and they didn’t really understand that.”

Despite being dropped by three labels, the record execs who once said she wasn’t going to be selling records with the style she wanted to bring to the table can now eat their words. Katy’s album, ‘Teenage Dream’ managed to pull a record-breaking five singles on the no.1 spot from the same album – making her the first female to ever accomplish this.

Katy continued: “Maybe because my vision was so strong, but finally I got to go with it and it’s kind of worked out.”