The Wanted: ‘We’re Going To Get Justin Bieber Wasted When He’s In The UK’ 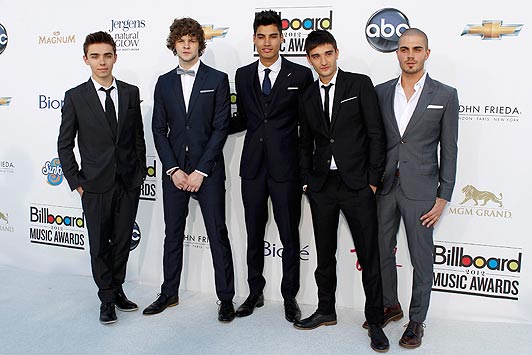 The Wanted always make us chuckle.

The British boyband have been bitching continously these past few weeks. First. it was Christina Aguilera who was a “bitch” to them for not trying to start a conversation or even greet them with a hand shake. Then, it was Britney Spears who allegedly had her bodyguards tell the group members that they were not allowed to look at the pop star as she made her way from the dressing room on to the stage.

Now – thankfully – they’ve stopped their bickering and have move on to whole new thing with Justin Bieber. The group have said that as soon as Bieber gets back to the UK, they are going to get him wasted. Yet, they were only joking… or were they? Ha. Even if they weren’t, if that was to happen, it’d be funny to see Justin acting drunk – perhaps also reveal some secrets?!

The band told OK!: “Ah mate, when he comes to England, I’m going to get him f**ked up!” Parker joked. “I really am. You know what’s funny, he’s just accepted it. I was watching an interview the other day and he was like, ‘Yeah, they’re going to get me drunk, there’s nothing I can do about it’.”

The ‘Glad You Came’ singers added that they are hoping they can tour with the Biebs later this year as Justin will be performing several shows for his North American tour. “We’re trying to make it happen so hopefully we’ll be able to join him,” they said. “The guy’s a little legend.”