Will Smith Speaks On A Potential Willow & Jaden Breakdown: ‘It’ll Will Not Happen’ 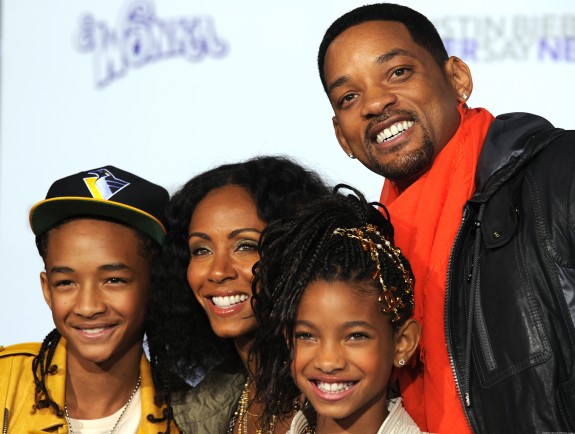 Will Smith has spoken about his soon-to-be famous kids, Willow Smith and Jaden Smith who are rising stars in Hollywood. While Jaden has starred in a blockbuster movie alongside Jackie Chan in The Karate Kid, Willow has launched her very own music career, debuting her first single, Whip My Hair at the age of just ten.

Looking back at the history of childhood celebrities, many have suffered as they became older – either by turning to drugs, alcohol or becoming suicidal. Take a look at Lindsay Lohan; her first big movie which made her a star was The Parent Trap which opened doors for her to star in movies such as Mean Girls and Herbie: Fully Loaded. However, her private life has been  really messy – she’s battled anorexia, depression, drug addiction and has landed herself in rehab more than seven times.

Smith, however, knows that his children will not have to go through that. Although he says the media has definitely changed, using words such as “aggressive” to describe the paparazzi, he feels that his children are always on the internet and know what goes on in Hollywood which doesn’t worry him. The actor told ShortList:

“It’s become a really aggressive celebrity culture. I’ve never been a part of all that. I don’t call the damned paparazzi. There’s always been almost a respectful relationship.”

Speaking of hid kids becoming rising stars in Hollywood and if they’ll ever face a meltdown: “No, they were born into that world. They’re on the internet all the time, so they know the game. They know where to go, what to say. They’re far more savvy. Of course there are gonna be things that are hurtful and self-esteem issues, like we all have.”

Smith continued: “But I grew up in a neighbourhood where I saw a guy get shot and take nine bullets to the chest, so Hollywood is a far safer experience than where I grew up!”