Charlize Theron Waited Two Years Before She Could Adopt Son 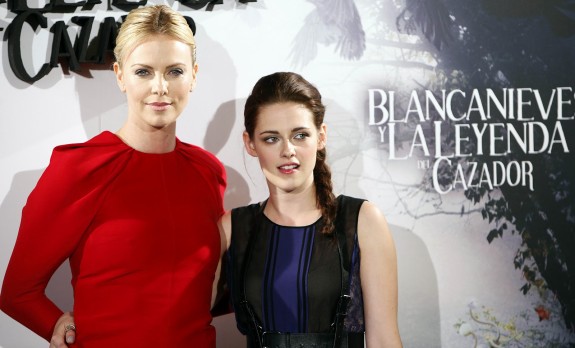 Charlize Theron says it has taken her 24 months before she could finalize the adoption of her son, Jackson in March. The actress – who stars in the new movie, Snow White and the Huntsman – made an appearance on the Ellen Degeneres show where she revealed that she’s happy that Jackson has finally been approved to live with her whilst her dogs have grown to love the little one too.

“My mum said the most beautiful thing. She said, ‘You know, it took me nine months to fall in love with you while you were growing in my stomach, and it took you two years to fall in love with this little baby.’. It took two years of waiting, and then one day, it’s finally there, and it feels exactly how it’s supposed to feel. I don’t know how to describe it. It just feels right.”

“From the moment this baby came into our home, those two dogs have never been more in love. It’s the most beautiful thing I’ve ever witnessed. The pit woke up with me for every feed, for every change. And whenever the baby would cry, the pit would start crying.

The actress also managed to squeeze in a little joke on when people keep telling her she’s a single mother: “People keep saying, ‘You’re a single mom.’ I go, ‘Actually, I’m not. I got two boys helping me out.'”