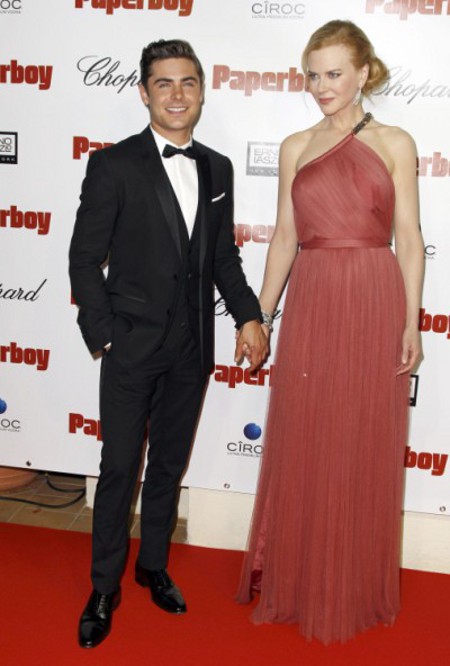 For those of you who don’t know, Zac Efron has a major crush on 44-year-old actress Nicole Kidman. So it might come to no surprise that the lil’ actor was ecstatic when he got the chance to work alongside her in the new film “The Paper Boy.” Hell, he even let her pee on him with a smile.

In the new movie, Zac Efron’s character gets stung by a jelly fish and, for those who are familiar with this type of sting, know that urine does wonders to soothe the pain. Who knew that Kidman’s urine could soothe Efron’s painful love he harbors for the Aussie actress.

While speaking at a press conference, Efron said: “[I[ had the most lovely time in the world  [making the film with Kidman]. I have been in love with her for a long time — since Moulin Rouge. It was the best opportunity in the world for me, and I loved every moment.”

All right, Zacky-boy, don’t get too excited. I don’t think Nicole is going to go for you, but you never know. How many people out there think Zac has a shot at love with Kidman . . . even after that whole whoops-look-at-me-Nicole-I-dropped-a-condom incident?

Let us know in the comments section below!