Elton John Is On The Mend After Recent Hospitalization 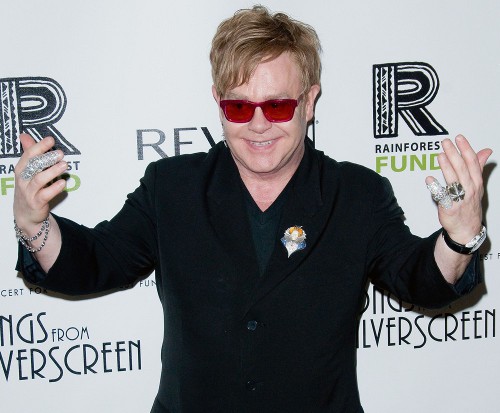 Elton John was hospitalized earlier this week after he came down with a rather nasty respiratory tract infection. The singer, who was forced to cancel a significant run of shows in Las Vegas, is apparently doing better after receiving first-rate treatment at Cedar-Sinai Hospital in LA.

A spokesperson for Elton told ET Online that he’s “at home and doing well” and is on the mend. Elton, distraught over having to cancel his performances, said in a statement he released personally: “It feels strange not to be able to perform these ‘Million Dollar Piano’ concerts at the Colosseum . . . I love performing the show and I will be thrilled when we return to the Colosseum in October to complete the 11 concerts . . . All I can say to the fans is ‘sorry I can’t be with you’.”

We’re glad to hear that Elton is getting better and will successfully recover from this lil’ Hollywood Hiccup.

Elton is still set to tour in the UK next month, and he’s extremely excited for his newest album The Diving Board to be released this coming autumn.