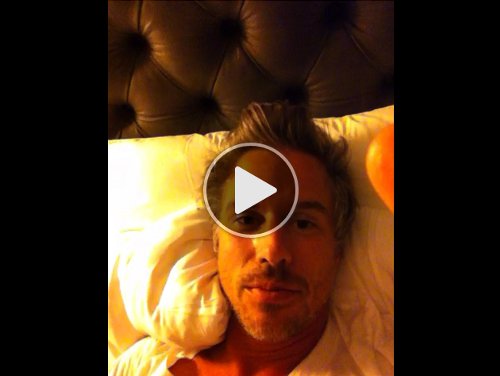 Britney Spears has been getting a lot of guff lately for the alleged stunt she pulled on X Factor recently, which involved her supposedly storming off the set of the hot singing competition. Some people might already be fed up with the pop princess, but she has the commitment of at least two very important men: Jason Trawick, her current boyfriend, and Simon Cowell.

Jason Trawick posted a video on his Viddy account congratulating Britney on her “successful” first show. I don’t know if I’d go so far as to say it was super successful, but nonetheless, this is what he said in the video:

“Princess, we just completed our first weekend in Austin on ‘X Factor. Just wanted to say I’m very proud of you and I love you so much. Congratulations. Now get back in here so we can go to sleep.”

Do you think Jason’s video is a cute message to Britney, or does it just make you want to gag a bit?

Simon Cowell has made an effort to say that he fully supports Britney, and that he’s glad she agreed to work with him on the show.

Do you watch the X Factor?