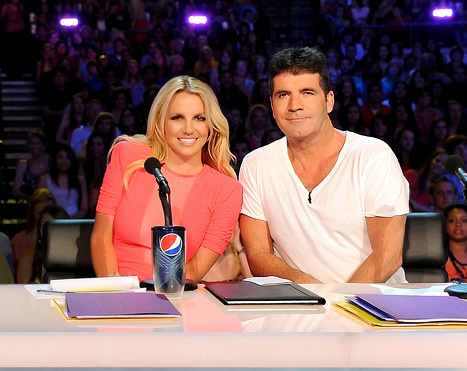 Remember earlier this month at the Fox upfronts when Britney Spears was announced to be joining the show alongside Demi Lovato, LA Reid and Simon Cowell? How many of you went: “Oh my goodness,” as the singer came out in a short white dress, showing off her worked out legs and slim figure. We did.

According to reports, Spears has been training non-stop ever since landing the $15million deal to judge on the X Factor for its second season. She’s cut out a lot of junk food, exercises everyday and has even started to replace some of her meals for juicy drinks instead, just to make sure that she’s in top shape when the show airs in September.

“Britney has been on an extreme diet and exercise regime. She has been cutting out carbs and replacing meals with juice drinks,” a source reported to British newspaper, The Sun. “She was doing several hours of exercise a day before the launch and is trying to stick with the regime.”

Brit’s been facing a lot of backlash ever since joining the show as her fans think that she’s not completely ready for such a big step. Knowing her history of meltdowns and depression, the show could really eat her up and make her go through all of that again and the only person we can then blame is, of course Simon Cowell.

But, we have to admit, Britney is in perfect shape. We wish her the best of luck and hope that she can pull through this season and prove people wrong. We want to see what she can bring to the show, after all, she did get paid $15million so she must be doing something right.