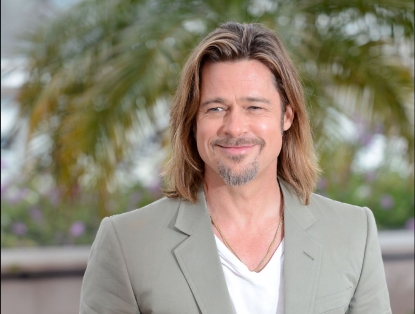 I think people assumed if Angelina Jolie and Brad Pitt ever announced an engagement, the wedding would be imminent. According to Brad they couldn’t be further from making wedding plans and he is none too happy about it.  The couple is residing near London for the next year or so while Angie shoots back to back projects. The Mail has this to say about the couples’ status,

“Angelina Jolie and her fiance Brad Pitt have put their wedding plans on ice. The Hollywood A-listers, who finally got engaged in the spring after an eight-year courtship, were rumoured to be marrying at their chateau in the South of France this summer, with Brad reported to be planning the nuptials.  But Angelina’s busy work schedule means the ceremony is likely to be postponed.

It really wouldn’t surprise me if Angie did scrap an initial plan.  She seems to have a pattern of sacrificing family things and personal events in favor of stock piling work projects.  Do you think these two will ever make it down the aisle?  Will an engagement prove to be the end of the line for Brad and Angie?  We want to hear from you in the comments below!