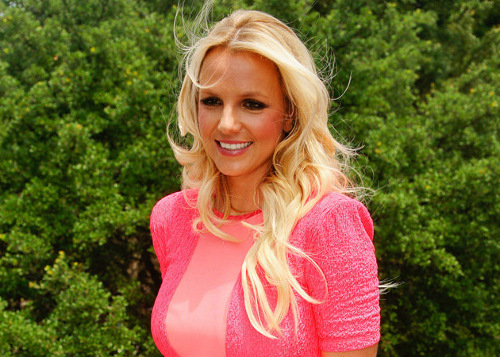 Simon Cowell jumped through lots of hoops to get Britney Spears to sign on as an X factor judge this season.  She initially asked for a cool $20 million paycheck but came down a bit during negotiations.  She (or someone handling her) used Jennifer Lopez’s salary on her first season of American Idol, as a starting point in negotiating a hefty price tag.  Brit didn’t get her initial asking price, but she made darn sure to earn more than Lopez did in her first year on Idol.

“Britney’s bottom line was no less than $13 million. However it is also believed she initially asked for as much as $20 million, before eventually settling on the final sum.  The deal is said to have made bosses on ‘American Idol’ particularly nervous as they think Jennifer now may up her demands for the show despite ratings falling in the last season.  It is believed ‘X Factor’ bosses were so desperate to sign up Britney for the second season of the show they gave her permission to do whatever she wanted.”

What a smart move on the part of Team Britney. A few years ago Lopez’s career had somewhat tanked and then she signed to do Idol AND had a monster album drop.  Now, she’s bankable and marketable again.  Britney’s career does need the boost X Factor will bring, if she can hold herself together and a decent job.  I also appreciate how she was going to upstage Lopez’ original deal with Idol.  Brit was accepting no less than a million more than Lopez was paid in her first year of judging.  I have to think that little nugget has lit a real fire (for sure) under Lopez and I’d bet that if she were to return to Idol next season, she’ll be thinking of Britney when she negotiates her terms.

Is Britney worth $15 million?  Do you think X Factor bosses will be happy by seasons’ end to have paid that much for her?  Tell us what you think in the comments below!