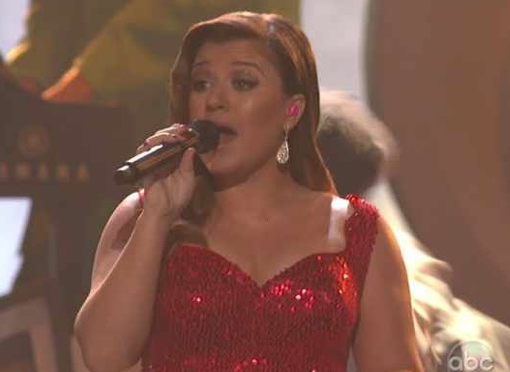 Stay true to who you are, Kelly! American Idol winner, Kelly Clarkson has said that the music industry is definitely changing in many ways, singers tend to change just to sell records – by wearing silly outfits, create music that seems to work well for other artists – and she doesn’t seem to appreciate it.

Kelly is not someone who would want to come on stage wearing something she is not comfortable in wearing, one of those things being stilletos. The singer has said that she’s not Beyonce, who obviously is used to wearing high-heels all the time, but Kelly would never just wear them because of a performance because she wouldn’t be the person she really is on stage by doing so.

“I don’t want to wear no stiletto. I am not a model and I am not Beyoncé. It is not going to happen. I think you should be comfortable.”

With the likes of Lady Gaga and Katy Perry, who have taken their performances to extreme levels – wearing costumes you’d never find in your local clothing store. She says: “This is such a funny industry. Sometimes I turn on awards shows and pop stars are wearing alien costumes. I’m like, ‘That’s cool for you, but [there] ain’t no way in hell someone is going to convince me to wear that on stage’.”