Jessica Simpson Will Not Starve Herself To Lose Weight, Says She Wants To Lose It Sensibly 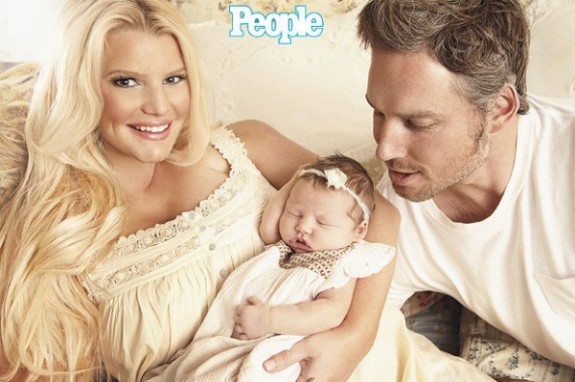 Celebrities usually tend to seek a surgeon to lose their baby fat after giving birth while others sign a multi-million dollar WeightWatchers deal to lose the weight naturally and inspire others, telling their audience that if they can do it, so can you. As cheesy as that may sound, that’s exactly what Jessica Simpson will be doing from now on.

The singer has signed a $4million deal to sponsor the weight-losing company while promoting their products such as their food, their special advisers and their WW meetings to help you keep on track.

Losing the baby fat in a matter of months can be hard for many women, especially when you’re famous and you decide to lose it naturally, without any starvation or extreme workouts. In a recent interview, Jessica explained that she’s not looking to lose the weight by starving herself, she says that her option will be trying to do it responsibly by eating healthy and not looking back at the cravings she had during her pregnancy.

“I think anybody who’s gone through a pregnancy, after they have the baby, it’s like, ‘I need to do something about this’. For me, I really want to do something that is a lifestyle, because in the past, I’ve been known to yo-yo diet.”

During her pregnancy diet, Simpson added that she literally had no regrets on what she ate because women tend to think that their pregnancy is the only time they have an excuse for looking bigger. She says: “I was like, ‘I’m going to enjoy my pregnancy’, and I did. I ate very healthy, but I did indulge some of my cravings – and that’s okay because I know I can work it off now.”