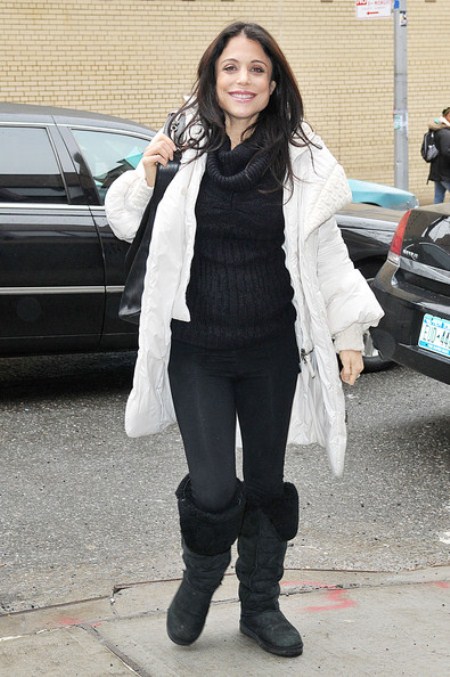 Bethenny Frankel has started filming her new talk show; the goal of this show is to talk about problems relative to people, such as, marriage, divorce, sex, parenting, and relationship issues. Planning to have celebrities on her talk show, Bethenny already has plans for her first guest, she mentioned that in particular, she wants Justin Bieber, but that’s not all she wansts from him. When talking to Ellen DeGeneres about her new talk show, Bethenny said, “I was thinking Justin Bieber, because maybe one day Bryn will marry him”.

I can’t believe someone would even say such a thing, who would want Justin Bieber to be part of their family? I wouldn’t want a gerbil in my family, the guy is just so incredibly childish and he complains so much. It wouldn’t be all that different than having another child in your family, he’d whine about how hard it is to deal with fame and how much he wants to quit.

Bethenny must have either made a mistake in what she said or is just slightly insane, either way how would Bieber be relevant to her show? He’s not a parent, no marriage, isn’t divorcing and claims to not have had sex…which is obviously a load of crap by the way.

Anyways Justin Bieber just doesn’t fit into it, the only viewers she’d gain with him on the show are only teenage girls, so it won’t benefit her at all, besides teenagers are in school during the day, duh!