Charlie Sheen is About to Self-Destruct 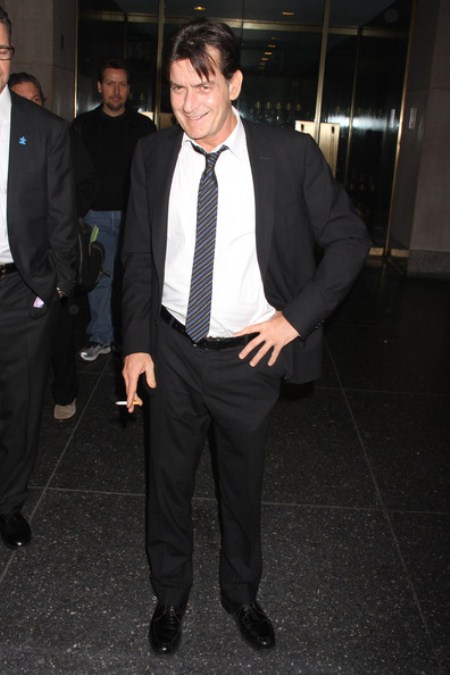 There have been rumours spreading around saying that Charlie Sheen is going back to being the man he used to be, you know, the alcoholic drug abusing guy. Apparently these rumours started after the night he finished his part for the first season of his new show “Anger Management“, he then went on a drug and booze filled party craze.

The greatest question asked about these rumours are if they are true? Well according to Celebbuzz!, they are. Allegedly, Charlie has been caught partying hard with his ex-wife Brooke Mueller, who has just returned to rehab. He’s also been seen with adult film stars and most of his parties were taking place inside his Mulholland mansion.

Obviously, Charlie sees no problem whatsoever with taking some time to relax, enjoying some booze, a few sniffs of some white powder here and there  and being near tons of beautiful women. Though this is not the case with some of Charlie’s friends and family who in fact think it is a problem and are worried that he might be blowing off his career commitments with this behaviour. Charlie is also not being the greatest dad on earth since he’s been ignoring his own children to have this “relax” time (here we go again) and he just won’t listen to reason, he is getting mad at anyone who wants to stop all the fun he’s having, even though they just have good intentions.

This time Charlie could be getting himself into some serious trouble and there might be no way in helping him.

If this rumour is true, then Charlie could soon be hitting what most people call, rock bottom; because people who fall a second time, usually fall harder than the first.