Cheryl Cole On Simon Cowell Feud: ‘I Never Think About Him’ 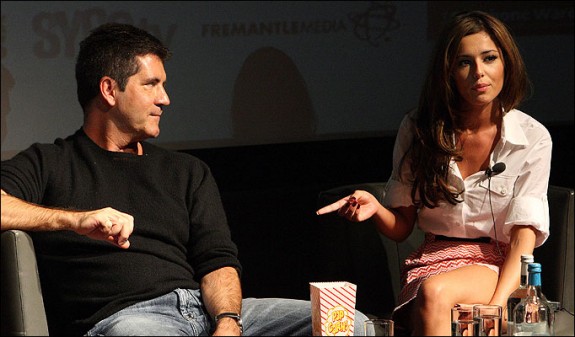 It was thirteen months ago when Cheryl Cole received a phone call from Simon Cowell‘s team, letting her know that she’ll not be asked to come back to her X Factor US role on the panel, alongside Paula Abdul and LA Reid. Simon was said to be too nervous to have called her up and let her know what the deal was, which got Cheryl fuming, saying she’ll never speak to Cowell again.

Opening up for the first time on her relationship with Simon Cowell, a year after the incident went down, Cheryl hasn’t change her mind one bit. Despite Simon trying to get in contact with Cole every now and then, Cheryl doesn’t know how to reply to his messages or with what she could possibly say to him.

The British singer revealed that she never thinks about the X Factor mogul – ever. Her reason for that is because she has better things to focus on, yet people always want to know what’s up between Simon and her. She says:

“In my mind it’s years ago, but people keep talking about him. It doesn’t matter where I go, what interview I’m doing, people want to talk about Simon,” she explains to BBC Radio 2′s Steve Wright.

“I don’t really even think about Simon, doesn’t really come into my brain. I don’t know if I’ve got 300 words to say on Simon. He might get a footnote if he’s lucky,” she added when asked about a possible tell-all book.