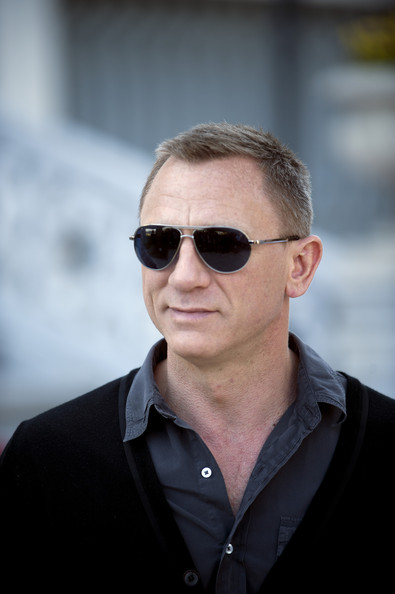 Looks like Daniel Craig is getting comfortable with his role as James Bond, since now he is going to open the Olympic Games with a leap into the Olympic Stadium from a helicopter. There will be three choppers that will be flying down to Thames and under London Bridge before they make their way to the Olympic Stadium in East London.

To keep that “007” kind of theme, Daniel Craig is going to drop into the stadium on a rope ladder with billions of people watching from all over the world. This stunt will be following a short film by Danny Boyle, who’s the artistic director of the opening ceremony. In the film, Bond visits the Buckingham Palace by Royal Appointment and gets a mission with the objective to launch the Olympic Games.

The Queen herself invited Daniel to take part and is also rumoured to make a cameo appearance, Boyle was also given access to the Queen’s private rooms to film back in March, but no word released on the details.

Our source said “Daniel Craig is determined to open the ceremony with a bang and he and the BBC producers have pulled out all the stops. The world will be watching and they are happy to go to any length to make sure the stunts are as thrilling as possible. Not only are they giving us Bond, Britain’s most iconic character, but they’re giving us suspense and drama with the helicopters and the Bond theme tune. It will be unmissable.”

I agree, this does look like something that’s worth seeing.