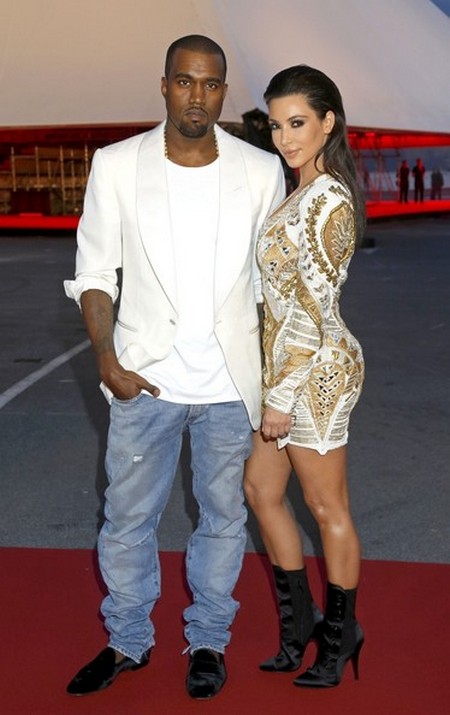 Kim Kardashian is showing her new boyfriend Kanye West who’s the boss.  Kim has moved some of her clothes and things into Kanye West’s home so the two can start playing house.  Kim is not going to let a little thing like still being married to Kris Humphries slow her down.

Poor Kanye does not know what he is letting himself in for the moment Kimmie stepped foot in his pad – she made sure to give him a list of demands.  She wants every trace of Kanye’s former girl friend Amber Rose removed.  She even went so far as to get them a new mattress because Kim does not want to put her butt cheeks down where Amber has been.

The National Enquirer reports: “Kim and Kanye’s relationship has moved fast, but she’s setting the ground rules from the start.  She has warned him she doesn’t want to see anything in the house that belonged to Amber or was given to him by her.  Kim threw out some of Amber’s old T-shirts as well as some sentimental bathroom towels that Amber brought for Kanye.  She really wants a fresh start with Kanye.”

What do you think, will Kim Kardashian get away with trying to show Kanye West who’s the boss. Will Kim and Kanye’s relationship last longer than her marriage to Kris Humphries.  Can two media whores last together with their competing interests?  Hit the comments and let us know your thoughts!