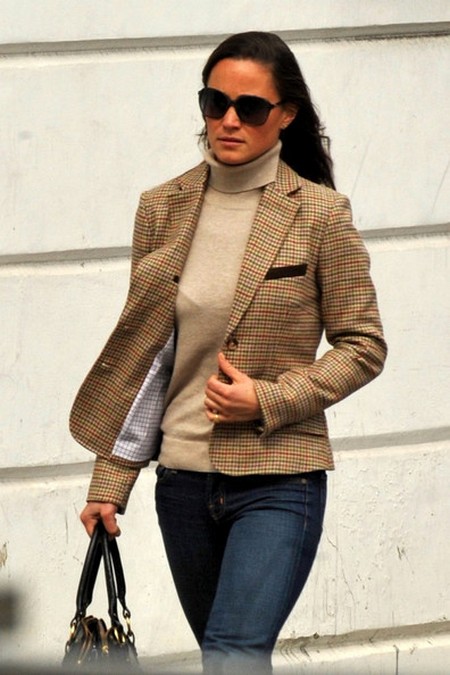 Kate Middleton won’t have her sister Pippa Middleton to kick around anymore as her hotness is moving to Beverly Hills.  Pippa’s recent trip to Paris left Kate and her husband, Prince William, nonplussed and practically drove Queen Elizabeth II to order her execution.  Pippa made a fool of herself and brought negative attention to Britain’s Royal Family when she was photographed as part of a gun-slinging criminal joyride with 3 male companions.  Kate’s attention-seeking sister was summarily chastised and ordered to stay quiet and mostly out of sight lest she spoil Queen Elizabeth’s Diamond Jubilee celebrations.

But Pippa is getting the last laugh as according to the National Enquirer she has decided to leave merry old England and head to the land where dreams become reality – at least if you dream of being an unfettered famewhore.  Won’t Kate and Will be proud when Pippa hooks up with a Hollywood personality – maybe we will get to see Pippa on a reality TV show.

National Enquirer Plus June 1 Edition reveals:  Pippa Middleton looks to follow the same course as British heiress Petra Ecclestone who is best of friends with Paris Hilton and who has been a budding star in L.A.

Pippa Middleton, the younger sister of Duchess Kate, is planning on moving to Beverly Hills to escape London’s prying eyes, set up her own fashion and beauty empire and, hopefully, land herself a movie star husband!

“She’s got her eye on a few famous guys,” a friend confides. “She’d love to become a real Beverly Hills housewife! But creating her empire is the first order of business; the 28-year-old has already been in talks with fashion insiders and prospective partners for a line of beauty products with her name on them.

“There seems to be a fascination about what she’s wearing and Pippa is keen to exploit it” explains the friend.  “She is very entrepreneurial, loves fashion and beauty and is savvy enough to realize that she’s a walking billboard.”

Another reason for the move? While Pippa initially enjoyed the attention after her sister Kate, 30, married Prince William, 29, last year, she was devastated by the negative press she received when one of her friends flashed a gun during a trip to Paris in April.  She feels like she can’t be herself anymore,” says a friend.  A move to American would put her an ocean away from royal gossips – but if course, it would force her to leave her sister behind.

Can’t you just see Pippa on the loose in Hollywood?  Dating big stars and partying her little heart out?