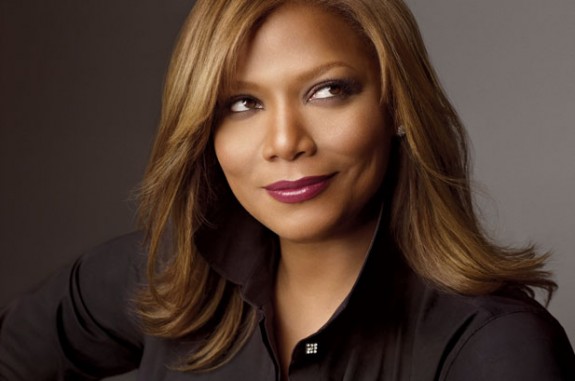 Queen Latifah has denied coming out at a Lesbian & Gay Pride event last week despite being seen. The actress who has been in the news several times about this topic has never cleared up the rumors until now.

Many have speculated if Queen Latifah was a lesbian or not for so many years after being spotted with her rumored girlfriend together every now and then. The unidentified woman and Latifah had a on-and-off relationship for several years, according to reports, and have recently managed sort out their differences and give it another shot.

In her most revealing interview yet, she tells Entertainment Weekly: “That definitely wasn’t the case. I’ve never dealt with the question of my personal life in public. It’s just not gonna happen. To me, doing a gay pride show is one of the most fun things,” she said. “My first show that paid more than $10,000 was in a gay club on New Year’s Eve in San Francisco. Tupac happened to be in town, so he came to kick it with me.

She talked about the time when the rapper was asked to take his shirt off in the club – which he didn’t do but according to her, he had a fun time there: “This was the early ’90s. And the boys were like, ‘Take your shirt off, Tupac!’. He wasn’t doing that. But we had a blast in there. I know that the most important thing and the only thing I have to give is love. When people are going through hatred and bullying, the biggest thing to fight that is love.”