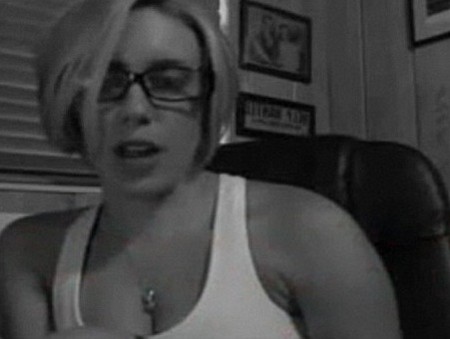 Murder Mom Casey Anthony is binge eating and getting fat.  Dealing with the stress of hiding out has driven the murderer to take to eating as she tries to deal with her guilt.  Casey is apparently gotten so fat that she no longer needs to don disguises when she goes out to avoid being recognized.

Casey murdered her daughter Caylee when the little girl was only two years old.  But in a remarkable example of prosecutorial incompetence and jury idiocy Casey was found not guilty of the murder.  In any case, Casey seems to be seeking solace and succor is over-eating and is packing on the pounds.  According to sources murder mom is fat and puffy and no longer needs a disguise when she ventures out amongst us.

Radar Online reports: Casey Anthony has been venturing out in public on a routine basis lately, going unnoticed as she is virtually unrecognizable due to her extreme weight gain, Radar Online is exclusively reporting.

Anthony has been in hiding in Florida since she was acquitted of murdering her two year old daughter, Caylee. Casey was recently baptized and is embracing religion to signify a new beginning in her life.

“Casey has been venturing out on a much more frequent basis recently because she is almost unrecognizable,” a source close to the situation tells Radar. “Casey has gained a great deal of weight in the past six months and her face is extremely puffy. She hasn’t needed to wear a disguise because of the physical transformation. Casey is finding comfort in

food and she is clearly eating a lot. She typically goes out at night to rent DVDs and pick up food to go from restaurants. She is very careful to not linger anywhere when she does and tries not to make eye contact with anyone. Casey doesn’t feel safe anywhere and just wants to leave the country and begin a new life.”

In my lifetime I have seen two American murderers walk free – O.J. Simpson and Casey Anthony.  Both criminals brutally murdered their victims and in each murder trial the prosecution screwed up and so did the jury.  What do you think?  Let us know in the comments below.