Adele On How She’d Feel If Ex Wrote Song About Her: ‘I’d F*cking Sh*t Myself’ 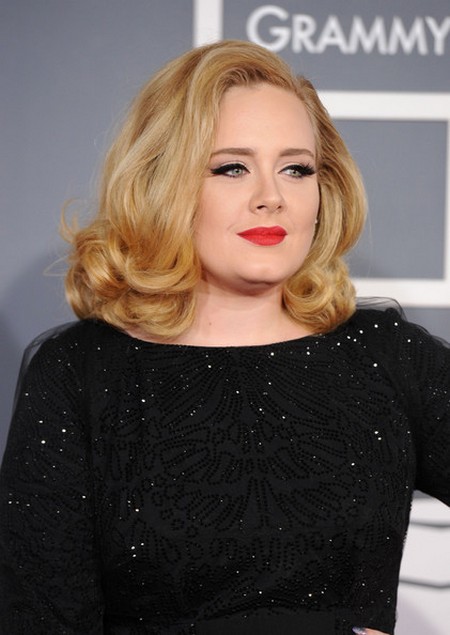 Adele has said that she wouldn’t be too pleased on finding out that her ex-boyfriend has released a song about her. The ‘Rolling In The Deep’ artist, whose album 21 was the most successful record last year, revealed to Matt Lauer on the TODAY show that if her ex was to write a song about her, he’d make it very obvious by telling everyone it’s about her, whereas her approach to it is that she never reveals who the song that she writes are about.

Asked on what she’d do if her ex wrote a song about her, she replies: “I’d f**king s**t myself. I’d be mortified. But also if they wrote songs about me, they’d be, ‘This song’s about Adele’. I’ve never given any names ever, but everyone’s going to know this song’s about me. No-one actually knows who my songs are about.”

The singer continued that she was surprised by overwhelming success of her album, explaining that she needs to be more careful on what she writes about: “I do wish I’d kept a lot of things to myself, but I never knew the album was going to be so big. I will be more wary when I go into things now,” she explained.

She continued: “It is really sad but it’s also to protect the people I love. I don’t see why my career and my lifestyle should affect people who it’s not their dream, it’s got nothing to do with them. In the songs I can still be really really direct but in interviews when I’m explaining my songs I shouldn’t be so direct about who they’re about.”

Adele’s record-breaking album, 21, will be certified diamond later this year – meaning that the album has sold over 10,000,000 copies worldwide, making her one of the most-successful British artists to ever achieve it.