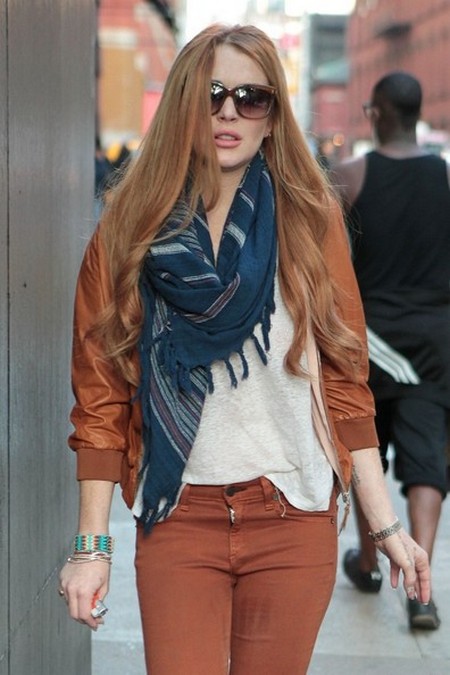 Lindsay Lohan who is currently shooting her movie return as the late Dame Elizabeth Taylor in ‘Liz & Dick’ – was driving her black Porsche on the Pacific Coast Highway when it hit a large vehicle.

According to TMZ.com, the rear bumper was taken off the car and the passenger window was smashed.  An ambulance was called to the scene but Lindsay did not appear to use it and made her own way to an unknown hospital in Los Angeles.  Her exact condition is not yet known, and doctors are believed to be carrying out tests.

Lindsay has been trying to get her life back on track after a series of medical and legal wrangles in recent years, but recently pulled out of negotiations to star in a biopic about mobster John Gotti, with publicist Steve Honig confirming no agreement could be made.

He said: “I can confirm that Lindsay has not signed on to be a part of the John Gotti movie, nor is she in talks to join the cast.

“It does not look like an agreement can be made. Lindsay’s representatives and film producers were unable to come to an agreement. Lindsay has the utmost respect for Barry Levinson [the director of the movie] and the producers and hopes to work with them in the future and wishes them all the best.”