Prince William’s Choice: A Baby With Kate Middleton Or Flying Helicopters For The RAF 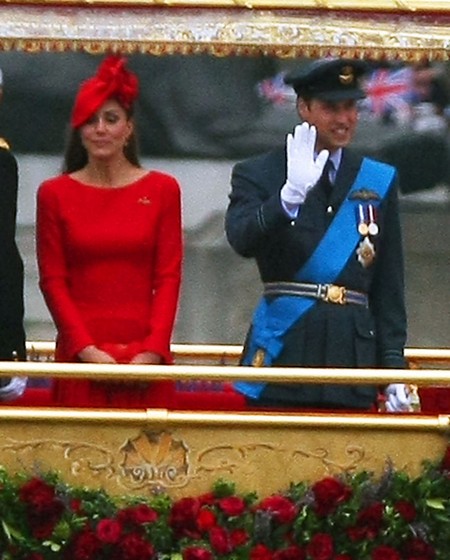 Prince William wants it all – he’d love to have a baby with his lovely wife Kate Middleton and to continue his exciting military career with Royal Air Force for three more years.  Kate has also made it clear that she is looking forward to raising a family.  But Kate does not want to wind up pregnant only to learn that her baby will have an absentee dad.

Now Daily explains:  Prince William‘s made no secret of his desire to become a dad soon with Kate Middleton, saying last week: ‘I’m just very keen to have a family.

‘I’d like to have children, that’s the thing really.’  But Now can reveal that Wills is facing a dilemma – whether to commit to his Royal duties now or extend his time in the RAF by three years.  Wills, 29, is set to see out his duties as a pilot until 2013, but within the next few months he has to make a tough decision about his future beyond that.

A source tells us: ‘It all depends on whether Kate falls pregnant by then or not.  ‘William’s main goal is to be a father but at the same time he loves the thought of staying in the forces.’

We think that William will decide against extending his military service past 2013. What do you think? Let us know in the comments below.