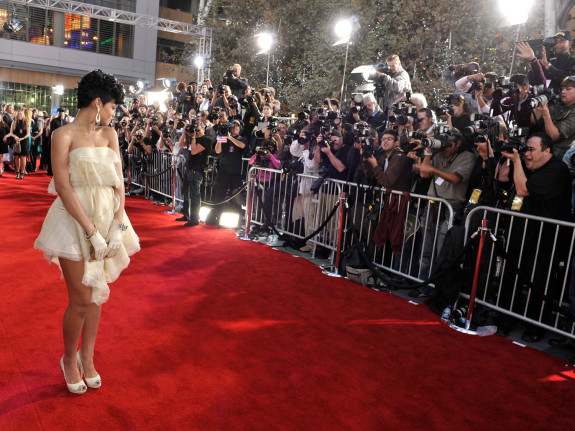 Rihanna has once again made headlines after hitting out at British newspaper, The Sun, who claimed that the singer had dropped out of several projects, including an upcoming fashion-based reality show where she’d have a major role. The source also claimed that Rihanna had been partying so much that she’s been behind work for several weeks and has therefore quit the show and her move to London.

Twitter has definitely become the source to hear the truth from the celebrity’s mouth. And yesterday was no different when the singer hit back at the reports that were claiming news which she recalls as “full of sh*t” for making up stories that weren’t true. The Barbados starlet took to the micro-blogging network as the story hit the net, she tweeted:

I pushed my trip to London back to go spend time with my family! Sorry kiddos

The Sun Newspaper is like a fuckin ass hair, full of shit!!!!!!

But, it hasn’t been all bad for Rihanna this past week. Billboard announced that the singer had snagged her 22nd top ten hit after her latest single, Where Have You Been, landed at number 8 on the Hot 100. She also set to be featured on Cheryl Cole‘s upcoming album, A Million Lights, out later this month.