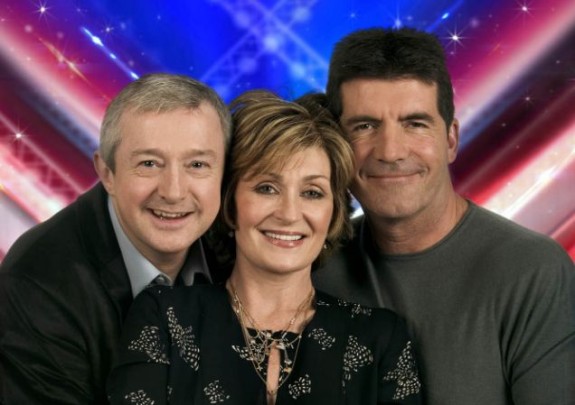 Whatever Simon Cowell says, right? The man behind the success of X Factor will miss out on the upcoming auditions in Kansas City due an emergency, forcing him to fly out his best friend, Louis Walsh – who judges the UK version – to take the spot for the next few days. If you’re not too familiar with Louis, well, there’s not much to it. He’s the founder of boy band, Westlife if that impresses you in any way?

Walsh is said to be super excited upon hearing that Cowell wants him on the judging panel alongside Demi Lovato, Britney Spears and LA Reid. During the phone call, Cowell told Walsh that he had already booked a private jet for him to fly out as soon as possible and it seemed like Louis couldn’t resist.

A source says: “Simon said it was an emergency and Louis was the man for the job. He said he’d sorted out a private jet for him and he was to get on it as soon as he finished up in Manchester [yesterday]. He greased the wheels with the US bosses, telling them that Louis was the man who knew more about The X Factor than any other judge.”

Walsh better not get too comfortable, he’s currently also filming the audition stages for the UK’s version of X Factor with his fellow judges, Tulisa Contostavlos, Gary Barlow and several of guest-judges who have been filling in for Kelly Rowland who decided to quit the show two months ago due to producers refusing to raise her salary to $1.5million.