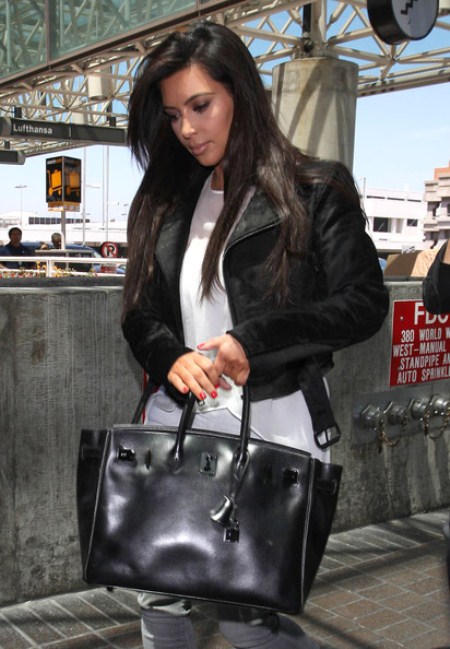 We all know that Kim Kardashian couldn’t hold on to a man if her life depended on it, but you know things are getting pretty bad when she has to resort to buying her new man an expensive and I mean really expensive, toy.

Kanye West turned 35 this week and do you know what Kim bought him? Something insanely expensive that people normally don’t buy for other people on their birthday and that would be a Lamborghini! Can you believe it? Kim bought Kanye, who she has been dating for less than three months, a f*cking Lambo for his birthday and this fine piece of art cost her around $750,000. Sadly, Kanye reveals that the Lamborghini Aventador LP 700-4, inspires him to continue writing music.

Buying a $750,000 Lambo isn’t an ordinary gift to give to anyone, which leads me to believe that there must be some sort of ulterior motive. Could this in fact be Kim trying to make Kanye forget about a certain sex tape which is currently accessible to everyone in the world, so he will marry her?

Have you you seen the sex tape in question? Well, if you didn’t, don’t bother because it’s not that great. Just imagine, you are currently in a relationship with a woman who can be seen having sex with another guy all over the internet; would you really want to stay with that woman? Nah, me neither.

Well, if one day I find out that my girlfriend has a sex tape and she buys me a Lambo… I’d probably accept it with open arms, crap she could make as many sex tapes as she wants after that, I be cruisin’ with my new Lambo!