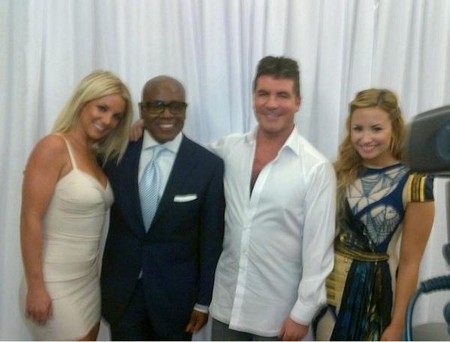 Britney Spears, Demi Lovato and L.A. Reid were so fed up with one contestant that was auditioning for the X Factor USA in Kansas they all got up and left in disgust.  The contestant was reportedly a terrible male singer and to add insult to injury he turned his back on the judges, ignored them and refused to look at them while he sang.

People reports a source said: “It was really awkward.  You could tell the judges were done.” Yet another source said: “I don’t think they had a choice.  They didn’t want to waste their time.  He was one of the worst singers and had a bad attitude … [The judges] all hated it and walked off.”

Funny thing is the contestant never even realized they had left and he just kept on singing.  The judges all eventually came back except Britney Spears who decided she had enough.  I wonder what the powers that be are going to say about Brit Brit not coming back?