Paris Jackson Admits She’s A Victim Of Bullying: ‘A Lot Of People Don’t Like Me, I Don’t Know Why’ 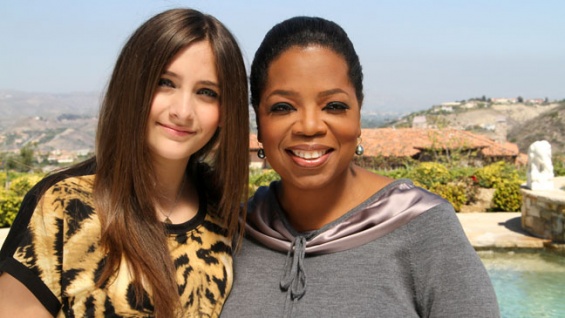 Michael Jackson‘s daughter, Paris Jackson has revealed that she is a victim of bullying at her school. The 14-year old sat down with Oprah Winfrey for her show, Oprah’s Next Chapter, where the youngster opened up about the constant threats and hatred messages she receives from students in her school and on social networking sites, such as Twitter, too.

Paris, who was always home schooled til the death of her father, said: “They try to get to me with words, but it doesn’t really get to me… a lot of people don’t like me. I don’t know what it is.”

Winfrey seemed quite surprised at her reaction, she asked the teenager if there were any chances that the people who are bullying her could be jealous of her luxurious upbringing. She responded: “Maybe. I don’t know.”

“If I feel someone is being fake to me, I will just, like, push away,” she continued. “There are kids at my school that talk so bad behind my back, and they don’t think that I can hear them! A lot of times I can hear them, [and] a lot of times, my friends will tell me what they say.