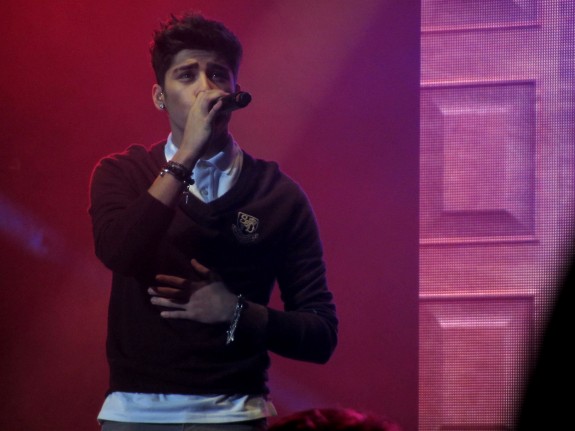 One Direction are making a lot of money. The group’s first album – which hasn’t even been on the market for a year yet – has already become the fourth biggest-selling album in the US and went straight to number one. Taking into consideration that all five boys are being rewarded $10million to take part in their own 3D concert movie, it shouldn’t be shock to hear that member, Zayn Malik is buying a house for himself, worth $3.1million.

Malik managed to get his hands on a beautiful six-bedroom house in North London where he will be staying with his current girlfriend. A source says: “Zayn is trying to be smart with his money by putting it into bricks and mortar. He fell in love with the house.”

Zayn and the rest of the members of the group are already back in the studio, recording their second studio album, which is set to bring in a hefty amount of millions, just like the first one. The source continued about the house: “The deciding factor was the huge indoor swimming pool. He’s already planning some pool parties for when the band are back in town.”