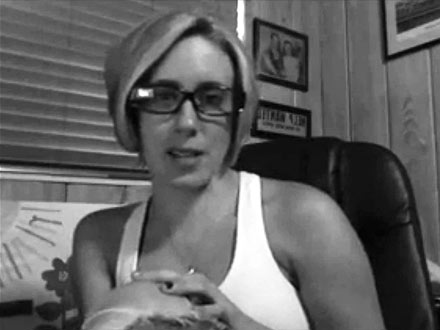 Casey Anthony is now 26 years old she says she’s been through hell in the past few years since her mother Cindy Anthony called the police saying her grand daughter Caylee Anthony was missing and she hadn’t been seen for a month.

Caylee went missing in 2008 and was missing a month before Anthony’s mom called the cops. Casey had told the police several lies about where the little girl was and who took her. Until now she had been silent.

Casey interviewed by phone with CNN’s Piers Morgan and said she’s ashamed of the person she was and the way she acted. ‘That is Not really who I am.’

Casey thinks the jury did the right thing in finding her not guilty in her daughter’s death. She maintains her innocence. ‘It’s obvious I didn’t kill Caylee.’

Casey says Caylee was her greatest accomplishment and she loved her more then anything.

She was found not guilty last summer in the death but she was found guilty on four counts of lying to police who were investigating Caylee’s disappearance and for writing bad checks. She was sentenced to a year of probation. She has to stay in Florida until that year is up later this summer.

She’s recently been making plans to move to Costa Ricardo after she’s off Probation.

She’s also been in hiding since getting out of jail. She says she’s in fear for her life. Which she might have good reason to be since most anyone who kept up with the story believed Casey was guilty.

Jen26 posts0 comments
You might also likeMore from author
Celebrities