Kris Humphries Has Trust Issues, Says He Hasn’t Been Able To Trust A Woman Since Split From Kim Kardashian 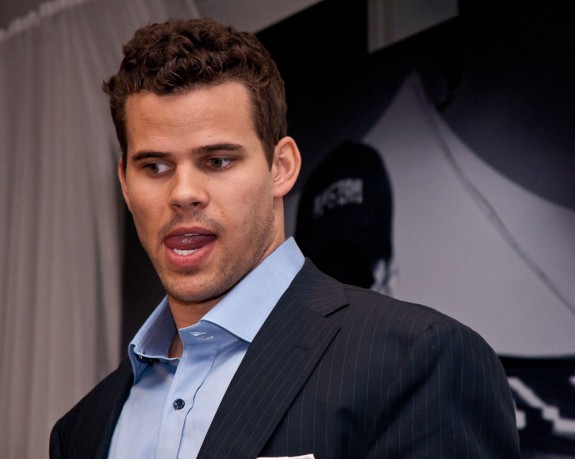 Kris Humphries has said that he does not trust any woman after the whole Kim Kardashian marriage ended up to be a disaster. Kim Kardashian, who filed for divorce from the NBA player back in October, has told pals that he hasn’t been able to find any woman who genuinly wants to be with him.

The report comes just weeks after Kris ended his fling with Myla Sinanaj due to trust issues, believing that she was only in it for the money and not the love he had hoped for. Myla has great opportunities to sell her story and tell the press what Kris has been saying about Kim, but will she do it? Who knows.

A friend to Humphries has spoken out about Kris’ dating, saying: “Women are attracted to him for all the wrong reasons like fame and that’s so discouraging… Kris is a person who always thinks someone is a good person. He thought Myla was a nice, real person herself. But now he doesn’t know if a woman wants to know him as a real person or if they are fame or money-hungry.”

Note, the divorce to Kim Kardashian still has NOT been made official yet, as Kris tries to squash out every penny possible from Kim – who allegedly made a total of $20million through all the advertising deals, magazine deals and everything in between. The two are set to meet each other face to face in court very soon, a date is still yet to be announced.