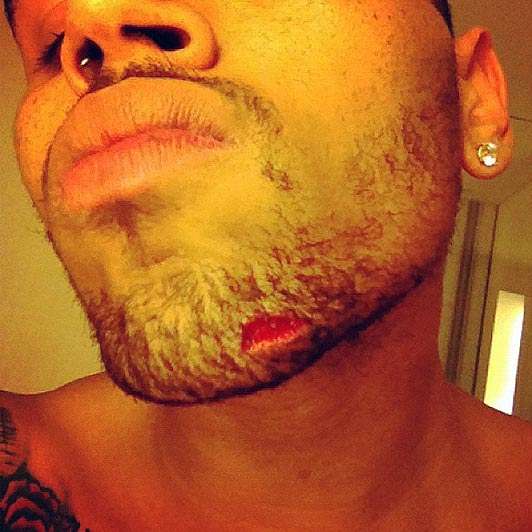 Chris Brown and Drake seemed to have become quick enemies as the two got into a fight yesterday night in a New York nightclub, believed to be over ex-girlfriend, Rihanna.

Chris, who was good pals with the rapper before the incident happened yesterday, posted a picture of his wound on his chin via Twitter before removing it just minutes after posting it.

According to onlookers at the club, Chris approached Drake after he sent a bottle over to Brown’s table, attached with a note saying: “I’m f****** the love of your life, deal with it,” which didn’t sit too well with the R&B artist. He went up to Drake and before he could make a move, Drake throws the first punch and his entourage get involved.

Drake’s team were not going to let this one go, one of the rapper’s team then threw a bottle at Chris – which led to the cut on his chin – which caused Brown to seek immediate treatment at a hospital.

Note, according to Chris and onlookers, after the incident, Drake hid in the bathroom – we’re not going to put words in his mouth but isn’t that kind of telling you something? Was Drake afraid? Who knows. One thing we are sure of is that Rihanna would be laughing right now! Mission complete.