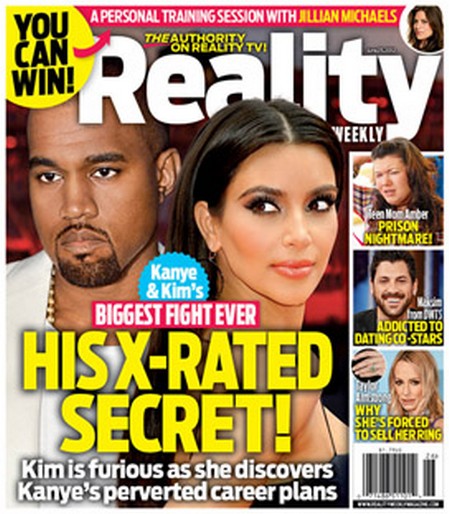 It seems Princess Kim Kardashian is not a happy camper.  She has gotten more than she bargained for with Kanye West.  Kim has discovered that Kanye has some X-rated secret and she is not happy at all.

Kim has spent months trying to get everyone to believe that her relationship with Kanye is perfect and they are madly in love.  But where Kimmie found out about Kanye’s perverted career plan they had their biggest fight ever and I mean a nuclear meltdown.

Will this signal the end of Kim’s dreams of a stable happy relationship?  Or is this all planned to bring more attention to the Kardashian/Jenner reality TV enterprise.