Has Kourtney Kardashian Given Birth? Star Hints That She’s In Labour On Twitter 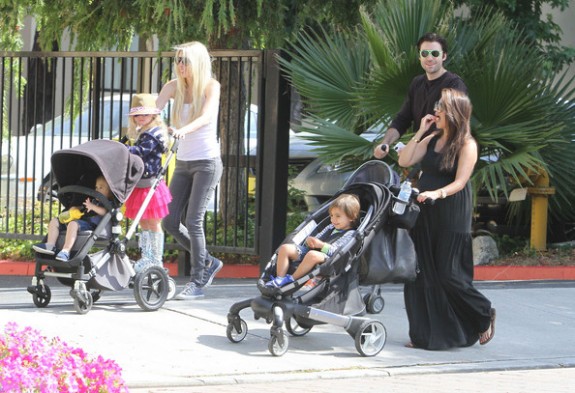 Kourtney Kardashian seemed to have been hinting to her followers on Twitter that she’s in labour, ready to pop out another baby – her second child to boyfriend, Scott Disick. The reality star, who announced her pregnancy back in December 2011 to UsMagazine, tweeted about water birth while her sister, Khloe Kardashian replied to the message, calling Kourtney crazy.

Kourt tweeted: “Chick-fil-A and a water birth. No big deal,” which had everyone thinking that she had probably given birth and the cameras were there to film the birth once again — for the ratings, of course. She then continued: “Water birth and some chick-fil-a…. Pretty standard night,” which was later retweeted by Khloe, who added: “Kourt you so crazy.”

It was recently announced that the Kardashian family had scooped a deal of $40 million to sign on for another three seasons of their reality show, Keeping Up With The Kardashians, airing on the E! network. Each episode will consist of 40 minutes (excluding advertisements) instead of just 20 minutes.