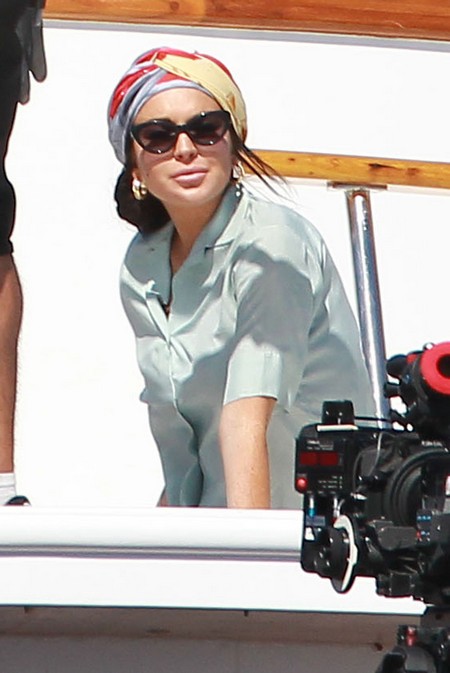 The drama never stops with Lindsay Lohan.  Today paramedics were called to the penthouse of the Ritz-Carlton in Marina del Rey, California, at 10.15am local time.  Lindsay couldn’t be woken by hotel staff sent to check on her.

Don’t worry medics called to the scene,  found there was nothing wrong with Lindsay other than exhaustion, after long days filming her TV movie ‘Liz & Dick’.

Her representative, Steve Honig, told E! News: “Lindsay has been working a gruelling schedule for the last couple of days. “Last night she worked from 7 p.m. to 8 a.m. She was exhausted and went back to her room to sleep. Producers were apparently concerned and called the fire department and paramedics found her sleeping but determined that she was fine, just extremely exhausted and slightly dehydrated.  She is on her way home now to rest and will be back on set later today.”

Her rep went on to claim that no drugs or alcohol was involved. hmmmmm  add this to the accident she had when she crashed her black Porsche on the Pacific Coast Highway and one has to wonder if Lindsay may be back to her old habits.

What do you think, is Lindsay back to her bad habits or just exhausted.  Hit the comments and let us know your thoughts!