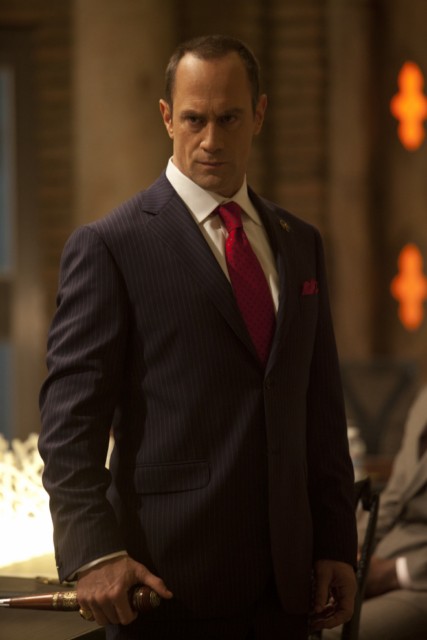 Sit back, relax, grab your bottle of True Blood Trubies, because tonight on HBO an all new episode of the Vampire Diaries airs.  How excited are you?  Waiting sucks, but it is over!  If you missed last week’s premiere episode called ‘Turn, Turn, Turn”, we have a full and detailed recap here for you.

On last week’s episode when we last saw Tara she was going for Sookie’s throat.  Tara was shot at the end of season 4 and we were not sure if she was coming back – but Lafayette convinced Pam on last week’s “True Blood” premiere episode to turn Tara into a vampire.  Pam did warn Lafayette, because Tara was shot in the head, she might not be normal.  In a clip for tonight’s episode “Authority Always Wins,” we see Tara trashing Sookie’s kitchen.  I have a feeling she is not the old Tara anymore.

Official HBO synopsis of tonight’s episode: Eric and Bill try to keep their wits about them when they’re put through the interrogation wringer at the Vampire Authority headquarters in New Orleans. Meanwhile, Pam recalls her first meeting with Eric in early 20th-century San Francisco; Alcide turns his back on Marcus’ wolf pack; Emma’s grandmother comes between Sam and Luna; Steve Newlin wants what he thinks belongs to Jessica; and Jason’s womanizing comes back to haunt him.

Tonight’s episode is going to be an exciting one that you won’t want to miss, so be sure to tune in for our live coverage HBO’s True Blood tonight at 9PM EST!  While you wait for our recap hit the comments and let us know what you thought of last week’s premiere episode of True Blood season 5!