Jada Pinkett Smith: ‘Will Smith Is The Best Father In The World’ 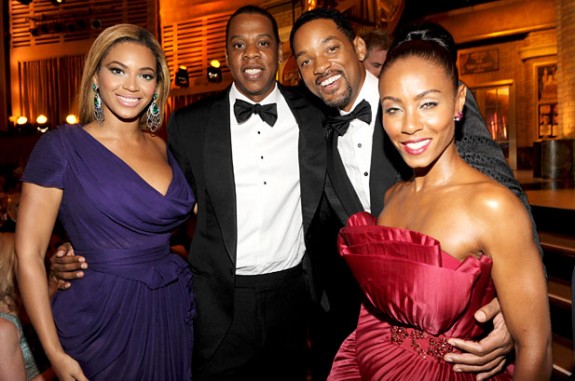 Jada Pinkett Smith has said that her husband, Will Smith is the best father in the world to their two kids, Willow and Jaden Smith.

The Madagascar 3: Europe’s Most Wanted actress, who has been married to Will for nearly fifteen years, has told Essence magazine that Smith knows how to talk to his kids, be there for them and give his daughter, Willow the support she needs, adding that “every girl deserves” that kind of relationship with their father.

In the recent interview, she explained: “There are some men who feel like, ‘Listen, I take care of the house and the home. That’s all I need to do’. What makes Will the best father in the world to me is that he’s there, not just there in a way that’s traditional. The emotional support he offers his children is immeasurable.”

She added that she admires the relationship Will has with Willow, saying: “For a little girl to be in partnership with her father in that way brings tears to my eyes every time because I feel like every little girl in the world deserves that.” Pinkett recently spoke out about her fifteenth anniversary to Will, telling People: “Fifteen years! It’s amazing, isn’t it? We celebrate throughout the year,” Pinkett explained. “But usually on our wedding anniversary, we give ourselves a high-five and go, ‘We survived another year, homie! Yeah!'”