Kim Kardashian Opens Up To Oprah Winfrey On Failed Marriage To Kris Humphries: ‘I’ve Grown Up Since The Split’ 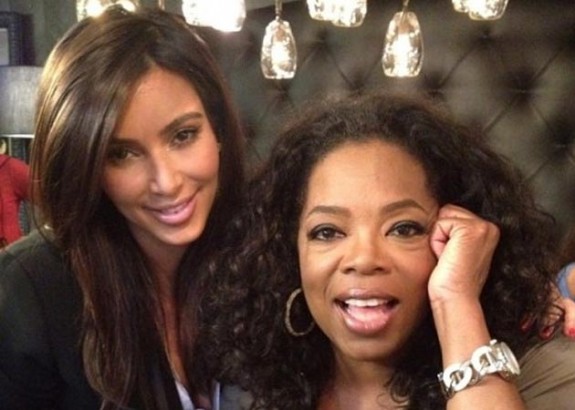 Kim Kardashian has told Oprah Winfrey that she’s “grown” and learned from her mistakes – referring to the infamous 72-day marriage she had to Kris Humphries.

The wedding was believed to be the second most-popular wedding – with the royal wedding taking the first spot – which generated millions for the reality star. According to sources, Kim made up to $15million through all the endorsed deals, but never openly admitted to making any money of it, except for the exclusive wedding photos.

Now, for the very first time in an intimate two-part interview with Oprah Winfrey, Kim tells the talk-show queen that she blames having younger boyfriends for her behavior, and adds that she’s completely changed within the past few months since filing for divorce. On the show, Oprah’s Next Chapter, she says:

“I’m totally growing up,” Kardashian tells Oprah. “I’m totally growing up. A lot of my friends, the people that I love to just sit and talk to and spend my time with, are wiser, a little bit older than me. Before… all my boyfriends were younger. I always dated five years younger. My whole thing was completely different.”

The reality star continued that she’s completely matured from her sex-tape days and has learned from her mistakes: “Kourtney had this epiphany when she had the baby and she changed into a different person,” Kardashian explained. “I feel like I’ve had an epiphany over the last year for what I’ve been through, and I am that changed person just from my own experiences.”

Part two of the interview, airs on Sunday on OWN.