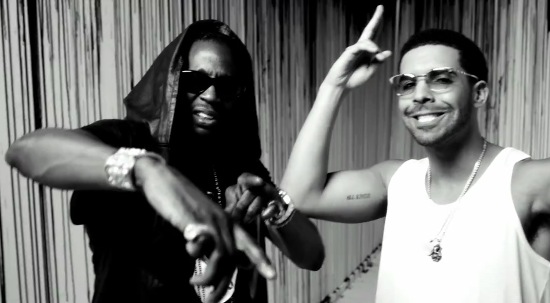 2 Chainz and rapper, Drake have released their newest music video, but it’s Drake’s verse that has everyone talking. Just a week after the brawl with Chris Brown, the video drops which – without a doubt – targets Rihanna, where the rapper says: “She could have a Grammy, I still treat her ass like a nominee.”

Rihanna has been romantically linked to many rappers, including Meek Mill, who was also present at the W.i.P club. Now, Drake who featured on Ri’s song, What’s My Name, includes the song’s title in his latest verse on 2 Chainz single, No Lie. But, we want you to judge:

“Aww that look like what’s her name, chances are it’s whats her name/Chances are if she was actin up, then I f**ked her once and never f**ked again/She could have a Grammy, I still treat her ass like a nominee/Just need to know what that p***y like so one time is fine with me.”

Chris recently dropped his song, Thera Flu, which also target the female singer. Chris called her out, saying that “she has f***** every n**** in the game.” Rihanna seems to be causing a lot of trouble with these boys. We hope she can get herself out of this sticky situation.