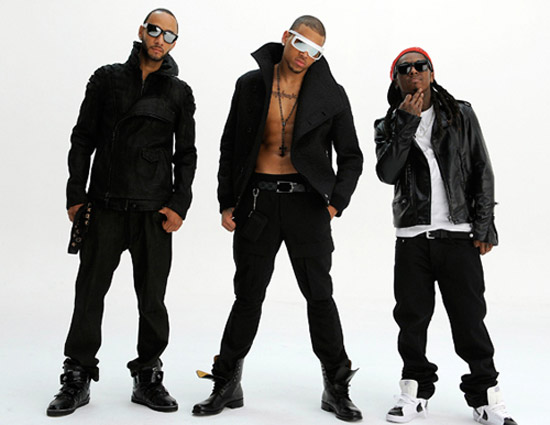 Lil Wayne has asked rapper, Drake to end his feud with Chris Brown after their outrageous fight last Thursday ended up with several people needing immediate treatment at the hospital. Not only that, Drake has also hired several bodyguards to protect him everywhere he goes, after it was alleged that Brown’s entourage wrote on Twitter they are “going to kill Drake” for what he did at the club.

Chris’ people think that the rapper ordered his entourage to throw the bottles at Chris while making a quick exit. But, despite all the drama that’s going down, Lil Wayne – the man behind the success of Drake – has asked him to end the beef he has with Brown, because no only is Chris a good friend to Wayne, it can also affect the rapper’s music career as Brown is featured on many songs that include the Young Money crew, such as Nicki Minaj’s ‘Right By My Side’.

Sources tell TMZ, Drake understands why Wayne would want him to make the first move, but he will not do so until Chris realizes that “it was not him” who started the brawl – it was someone else. Chris, however, is believed to take this to court, as he owns several pieces and footage of evidence that shows Drake started the fight.

So, who do you think is right? Drake or Chris Brown!?