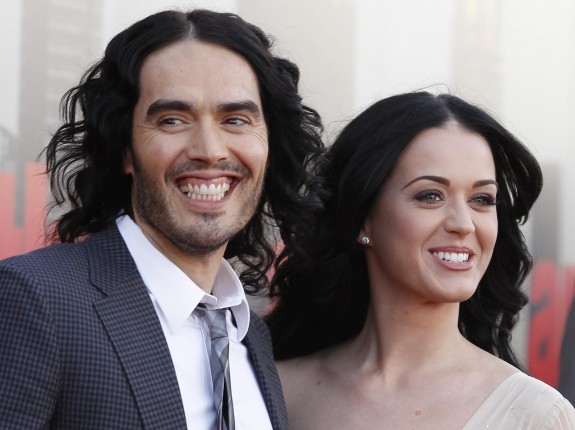 Back in November, Katy Perry‘s fans were shocked when it was confirmed Russell Brand had filed papers to divorce his wife of 14 months, after tying the knot to a lavishing ceremony in India. The singer was head over heels for the British comedian, but the constant arguing and bickering led to their marriage coming to such a quick end – still lasted longer than 72 days, though. Ha.

For the first time, in an intimate interview with The Hollywood Reporter, the pop star reveals that she didn’t want her fans to see her in an emotional wreck, therefore, she stayed away from the media and social networks for a while. Perry also says that going through the divorce has made her more wiser, and despite the fact that the marriage ended, she’s learned her lesson.

“[I] wouldn’t feel completely comfortable with people seeing me… crying or looking like a hot mess,” she told The Hollywood Reporter. “What was going on in my personal life was so overwhelming that I had to bend over to let those tears fall straight out of my eye sockets and not my false lashes just as I’m about to go up on that ramp and sing ‘Teenage Dream’.

“I had to smack myself across the face and say, ‘These problems are my problems, they are not my audience’s problems, learn to separate that’. The feedback is, people don’t like to see me cry,” she said. “And I don’t want to alienate my fans, but I wanted a trailer that I would be moved by as well.”

Does Katy still believe in marriage and happiness?: “I’ve just learned lessons along the way. I regret nothing.”