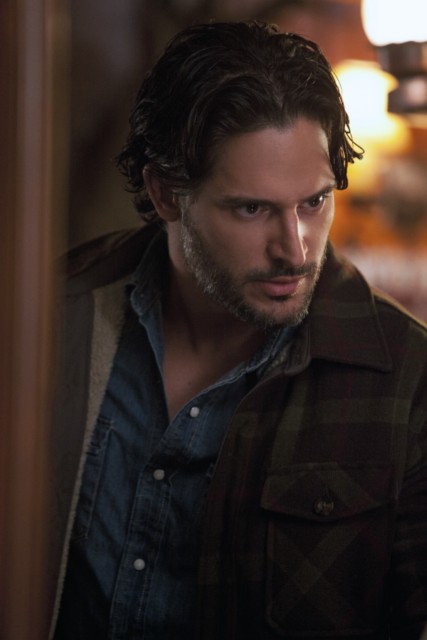 Are you excited?  Tonight is another new episode of True Blood my favorite show called ‘Whatever I Am, You Made Me.’   Season 5 of True Blood has been everything I hoped for!  On tonight’s show Debbie Pelt’s parents arrive in town and they are asking many questions about her disappearance. We all know that Sookie shot her and she is dead, but her parents and Alcide do not know. If you missed last week’s show called “Authority Always Wins”, we have a full and detailed recap here for you.

Official HBO synopsis of tonight’s episode: Bill and Eric barter for their lives with the Authority Chancellors and their leader, Roman. Salome and Roman enlist a new ally in the face of Russell’s return. Sookie goes to Fangtasia to ask for help from Pam, who is still caught up in her memories of Eric and the strange murders at the Comstock Brothel. Andy’s dalliance with Holly comes back to bite him in the butt; later, he’s visited by Gordon and Barbara Pelt, who are searching for Debbie. Jason bumps into an old high school teacher, but their reunion brings up conflicting feelings.

Tonight’s episode is going to be an exciting one that you won’t want to miss, so be sure to tune in for our live coverage HBO’s True Blood tonight at 9PM EST!  While you wait for our recap hit the comments and let us know what you thought of last week’s episode 2 of True Blood season 5!

TRUE BLOOD SEASON 5 EPISODE 3 ‘WHATEVER I AM, YOU MADE ME’ LIVE RECAP HERE!